The focus group ‘knowledge’ is devoted to the examination of the establishment, maintenance, preservation, articulation and transfer of religious ideas. As knowledge might manifest on different levels, the focus group examines a wide range of material, such as utterances of religious speakers in everyday practice, descriptions of religious practice, as well as elaborated religious doctrines.

Therefore, it is mainly concerned with the phenomenon of language within the study of religions. It examines concepts and rhetoric, the semantics and pragmatics of religious language. In particular, it scrutinizes the role of notions within the examination of religious phenomena, with regard to the basic distinction between (religious) object-language and (descriptive and analytical) scientific meta-language. The focus group is, therefore, primarily concerned with the emergence, the intercultural diffusion and the reflecting analysis of religious notions and religious language both constituting the sphere of religious knowledge.

Within the study of religions, notions appear on two main linguistic levels comprising

It is of vital importance to keep in mind the difference between object-language and meta-language to prevent one sided approaches such as either naive object-language paraphrase (‘theologism’) or sterile ‘scienticism’ in scholarly research. In order to answer this challenge, the KHK examines descriptions of religious processes (religious knowledge) by (reflecting) religious individuals (comprising scholarly reflection as a – striking – example of this process) within the course of history.

It is mainly by situations of contact of religious traditions when such reflection processes are inaugurated. When challenged, traditions examine and conceptualize themselves (and the challenging other). They create religious knowledge. These contact situations stimulating conceptual reflections may cover a vast area from translation enterprises performed by an individual to personal encounters of traders and travelers and official meetings of representatives. Religious notions manifesting religious knowledge, therefore, are in many regards to be examined as relational notions on several levels, stabilizing and dynamizing themselves

It is our aim to examine processes of these forms of notion-building in order to elaborate a suitable and adequate meta-language as a reliable instrument for scholarly research. This approach might allow combining a phenomenological (empirical) perspective, a historical perspective aiming at a conceptual history (Begriffsgeschichte) of the notions used (this means examining the historical definitions as expressions of object language), and a systematic perspective aiming at the preparation of a responsible relational meta-language. 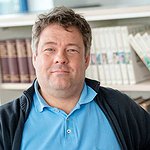