The focus groups 'action' analyses the ways in which religions construct, organize and codify 'actions'— activities and measures, arrangements and engagements—that foster the rise and development of orientation schemes for the regulation of religious life. During the academic year 2016-2017, the group will particularly focus on the immanence/transcendence distinction within the ritual field. Ritual, indeed, is a fitting context when it comes to the analysis of the manner in which religions apply and stage ideas and modes of transcendence.

The previous work carried on at the Käte Hamburger Kolleg (especially the discussion on the senses in the academic year 2015-2016) has unveiled the sensory dimension of ritual, its linkages to the material sphere and its role as ordering instrument of the bodily world in the religious field. From the perspective of the overarching theme 'immanence and transcendence', the sensory interface of ritual is, however, only a first side of the coin. For ritual also involves ideas such as 'change', 'transformation', and above all 'passage'.  Indeed, the notion of 'passage' has been at the core of the long discussion of the 20th century about the 'liminality' of ritual. The 'limen' or liminal zone within a given ceremony can be analysed as the switching key-point in the religious framing of the transcendence/immanence distinction. Accordingly, it will be the main focus during the academic year 2016-2017. In particular, two sets of questions will be formulated within the work of the group. The first set of questions shall be devoted to the framing of the analytical area and scrutinize which subfield of ritual is particularly rewarding when it comes to the immanence/transcendence distinction. The following questions shall be at the core: 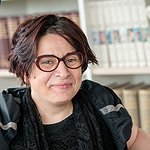