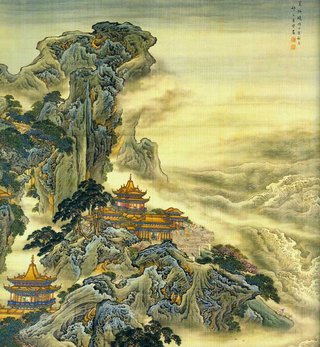 The Käte Hamburger Kolleg Dynamics in the History of Religions between Asia and Europe devoted the academic year 2016-2017 to the scrutiny of the role of the trans-cendence/immanence distinction (henceforth, TID) in cases of interreligious, intrareligious, and intersocietal contacts.

At the basic level the TID indicates a spatial relation, i.e. a transgression of borders, thus establishing a threefold structure of ‘thereʼ and ‘hereʼ and the ‘borderʼ media-ting between the two (the process of interrelation) as a dynamic process. The TID is associated with (1) spatial metaphors, and with (2) ideas of movement (transgressing). The dichotomous structure of the TID enables its basic function as mediation. It does so via contrast, enabling the transformation of unspecific (absolute) complexity into specific complexity. As such, the distinction indicates the (processing) unity of contraries or even contradictions. The concept consists of a binary (dichotomous), but interrelating, distinction that introduces the idea of interplay as well as of process. This internally processing basic unity, seen as interplay, leads to asser-tions guided by a religiously meaningful TID.

The main purpose of this conference is to summarize the results of the research carried out in Bochum during the last twelve months. It will do this, during September 6-8, 2017, through presentations given by invited keynote speakers as well as by current and former KHK fellows.
The conference will include both specific case analyses of the relevance of the TID for particular examples of religious contacts, and also theoretical reflections on the role of this theme within religions East and West. The participants to the confer-ence will reflect on the thematic complexity and analytical challenges, encountered during the year-long research on the theme of “TID in Religious Contacts,” along the lines of four analytical fields: (a) Knowledge; (b) Experience; (c) Ritual; and (d) Materiality.