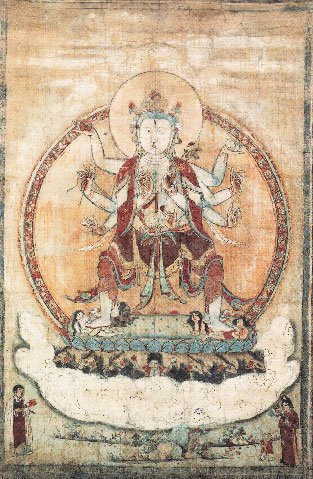 The presentation probes into a specific version of Kumārajīva lore discovered in one Tangut commentary to the Diamond sūtra. The commentary itself is apparently a composition based on the Northern Song reconstructed version of the Jingang jing 金刚经纂 originally composed during the late Tang by the famous Huayan master Guifeng Zongmi. The text was later reconstructed by the Northern Song Huayan master Jinshui Jingyuan 晋水净源 and eventually found its way into the Tangut state. Although the commentary generally adheres to the Huayan manner of interpretation, the preface to the text contains specific Tangut version of the legend of Kumārajīva, who is identified with several important figures of Indian and Tibetan Buddhism. This probably represents the specifically Tangut interpretation of the Buddhist history in India and China.