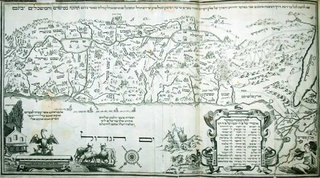 The workshop is part of the joint research project The Ten Lost Tribes: Cross-Cultural Perspective, sponsored by the German-Israel Foundation (GIF).

It brings together scholars from Germany, the U.S. and Israel to uncover the ways in which Jewish, Christian, and Muslim beliefs about the so-called Ten lost Tribes of Jews were related, continued to evolve in dialogue with one another, and were used by various Jewish, Christian, and Muslim communities as a tool in their dealings with one another from antiquity to the present.