REMIO Guest Lecture: Architecture of the Armenian Highlands and Eastern Anatolia in the 12th-13th centuries: Correlations between Armenian and Seljuq Traditions 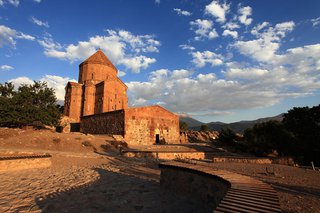 The beginning of Seljuq architecture and of a new revival of Armenian architecture took place on the territory of the Armenian Highlands and Anatolia starting with late 12th century. This marks an entirely new and intense period of interactions between Christian and Islamic traditions of art on these territories.

The lecture will focus on this artistic exchange, presenting the typology of constructions of Armenians and Seljuqs, their architectural details and ornamental motives, as well as the artistic tastes of these two peoples who co-existed on these lands, indicating various intriguing similarities and differences. Having rather different sources of inspiration, as well as distinct trajectories of development, the architecture of Armenians and Seljuqs of the 13th century became akin to each other in several features.

It is impossible to explain this kind of visual entanglement only by the work of common, in this case Armenian, masters. More complex cultural processes must have been at play. Moreover, while such interactions are undeniable, the architectural production of Armenians and Seljuqs also preserved specific imagery proper to each traditions. This trend is reflected not only in religious and memorial architecture, but also in the caravan-sarais, that served as way-stations on international trade routes. All these issues, to be discussed in the lecture, have been barely touched in scholarly literature, even if they seem to be of prime importance in today's world.

The lecture series is sponsored by the RUB Research School and CERES.