Religious Contacts and Interactions in Poland-Lithuania in Early Modern Times 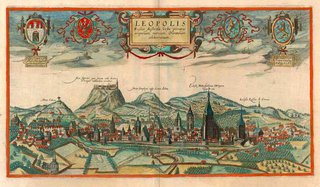 The Polish-Lithuanian Commonwealth was the biggest Catholic country in early modern Europe. Extending from the Baltic to the Black Sea and inhab-ited not only by Catholic, but also Orthodox, Protestant, Armenian, Jewish, Muslim and not at least diverece heterodox denominations of the main-stream religious traditions, it provided a unique setting for religious con-tacts and interactions. Signed in 1573, the Confederation of Warsaw aimed to guarantee confessional tolerance in this huge multi-ethnic and multi-confessional country and made it a place of refuge for different dissidentes in religione. The pax dissidentum from 1573 made the Commonwealth a much safer and tolerant place than most of contemporary Europe, but did not prevent religious conflicts. The Counter-Reformation movement of the Catholic Church in Poland as well as the growing necessity to strengthen and re-establish own positions of other religious denominations resulted in vivid polemics, conflicts and contacts.

This workshop is intended to explore the manifold contact situations of religious traditions and the rise and decline of religious tolerance in the huge Polish-Lithuanian Commonwealth in the course of the Early Modern Period (1500-1772).