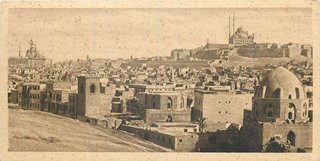 This workshop focuses on a virtually unstudied topic: how did Muslim thinkers perceive and imagine Jewish-Christian interaction? Whereas studies on Muslim views of Christianity and Muslim views on Judaism abound, there are no studies dealing with the questions of whether and how Muslims authors (historians, exegetes, legal scholars, littérateurs etc) reflected on the historical and imagined relations between Jews and Christians.

Recent research suggests that the Qur’an alludes to and criticizes Jewish-Christian polemical exchanges, which would not be surprising considering the vehemence of Jewish-Christian confrontation in the 6th-7th century Near East. In later centuries the relation between Judaism and Christianity was discussed by Muslims in the context of discussions about the corruption of scripture, the Qur’an’s denial of Christ’s crucifixion and the possibility of naskh, abrogation of religious laws, while in modern times Muslim thinkers have explored links between Western Christians and Zionism.

The workshop will bring together scholars of different areas within Islamic and Arabic studies, who will discuss relevant writings, in the hope of furthering our understanding of interreligious interaction in the Islamic world and of the development of Islam’s self-image in relation to competing religious communities.