Guest Lecture: Media and Religion in Russia: The Challenges of Digitalization 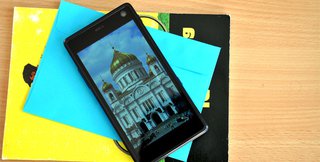 Examining the 'digital' as a challenge to one of the most traditional sphere of private and public life of Russians, the lecture is focused on institutional aspects of the religion digitalization in the theoretical frame of mediatization. Normatively, digitalization as such does not contradict the dogmatic teaching of any traditional for Russia religion, in Christianity, Judaism, Islam and Buddhism theologically it is being considered as a neutral process with good or bad consequences depending on human will. Therefore functionally digital technologies are seen by religious institutions as a shaping force, one more facility (channel, tool, space, network) for effective preaching. The distinction between 'religion online' and 'online religion' evidently shows the domination – in terms of quantity and quality – of ‘religion online’ with packaging old content into new formats and adjusting it up to new channels and platforms while the core of religious practices still remains based on non-mediated interpersonal communication.