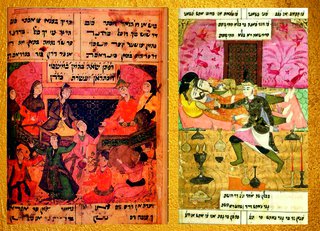 The Sasanian Empire and the territories both controlled or influenced by later, various Iranian dynasties, were host to numerous religious groups, who interacted on multiple levels within the religious field: in magical practices, concerns for purity, prayers for rain and other rituals, often in their efforts to create clear boundaries between one community and another.

This workshop examines the relationship of Jews in west and central Asia from late antiquity to the nineteenth century in order better understand the patterns of encounter between various denominations of Jews (Rabbanite, Karaite, and Isawiyya), and Jews with Zoroastrians, Manichaeans, and various types of Christians and Muslims. The role of religious affiliation and competition in trading partnerships, ritual practice, popular literature, magic, among other topoi, are all potential foci, however, of particular interest is the cross-fertilization between Jewish ideas and movements and those of other religious affiliations.