Far from Wellness: Tantric Buddhist Rituals on the Silk Road 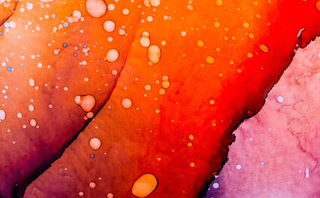 Lecture by Prof. Dr. Carmen Meinert (Central Asian Religions) as part of the lecture series "Eine Religion kommt selten allein: Streifzüge durch die Religionsgeschichte". The online lecture will be presented in German. After the lecture English questions, however, are welcomed in the CERES YouTube channel.

The misconceptions about what lies behind the term Tantra are very numerous in contemporary Western societies. With offers such as ritual massages and introductions to spiritual sexual practices, certainly  one can earn a lot of money, but one does not necessarily accomplishes salvation, the attainment of Buddhahood. What did Tantric Buddhist ritual practice look like in the 12th century, as it was practised in the caves of Dunhuang and in other remote places, perceived as sacred spaces, along the so-called Silk Road in Central Asia? I would like to take you on a journey through time and give you an impression of Buddhist reality of life and religious experience by applying the concept of transcendence-immanence distinction developed in the KHK to historical visual and textual materials from Central Asia.