Subtle Subversions: Resisting Colonialism through Religion. The Impact of the Colonialization Period on the Development on a Religious Language 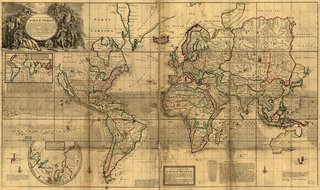 The conference is twofold into two parts:

The first day of the conference (6 June 2017) will focus on the impact of colonialization on the development of religious language.

The early period of colonialism confronted a militant Roman Catholicism seeking to convert indigenous peoples to the Latin Church with new linguistic challenges. Since failures of mission could no longer be overseen, problems of translating religious language became paramount in theoretical considerations. Reflections on language and theory of mission were closely connected.

The brutal exploitation of the colonized lands also triggered processes of reflection and alternative methods of mission, based on considerations on communication and translation. As it was not possible to refer to commonly shared conceptual and historical contexts, the reference to the senses as a medium of the recognition of God became more important.

In its first part the joint workshop intends to examine the influence of colonial encounters on the formation and development of religious language in both Europe and the colonies. It attempts to scrutinize if knowledge of non-European languages challenged and changed religious concepts and notions in the European language.

As the considerations on language evolved from European discussions in the wake of Humanism, Hebraism and the Reformation we intend to apply and further develop the more general results of our former workshops on 'Religious Language' (May 2012, June 2013, February 2014).

The second and third days of the conference (7-8 June 2017) will focus on the ways that colonized people "subtly subverted" their colonial overlords using religious expression (e.g.s ritual, text, music, etc.).

The "Subtle Subversions" workshop will focus on the interactions between colonized peoples and their colonizers in which religion and religious expression were sites through which resistance could be enacted. In contrast to some movements that directly confronted their colonial oppressors (i.e. through warfare), we are interested in the subtle ways that colonized peoples used religious rhetoric, performance, and artistic productions to articulate the world around them that inherently resisted foreign military or administrative control. Particularly, we will explore how these subtle subversions shaped the colonial worlds for both the colonized and the colonizers and the lasting legacy that these strategies have had in our understanding of the Religious Studies' taxonomies of "World Religions" and "Indigenous Religions."

Programme of the conference