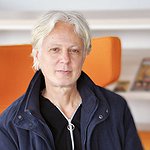 Fernando Rosa is an anthropologist and historian specialised in African & Indian Ocean studies. He has worked on languages and processes of creolisation, and has carried out field and other research in South Africa, Brazil, and the Caribbean, as well as in various locations in the Indian Ocean (Kerala in India, Macau in China, and Malaysia, among others). He has always been interested in the intersections between different languages and related archives, on the one hand, and various intellectual networks of diverse origin, on the other. Besides, he has written extensively on national imaginings in the Atlantic world in the twentieth-century, particularly in what concerns Brazil and South Africa.

He has mainly worked on the Portuguese, Dutch-Afrikaans, and Malay-Indonesian language domains, but also French in West Africa and the Caribbean and English in India and South Africa. Moreover, his interests have included Creole languages, particularly those which have been (re) lexified by Portuguese, such as Papiamentu or Papiamento in Aruba and Curaçao in the Caribbean, or Melaka Creole in Malaysia, as well as studies and lexicography related to those languages (for instance, the work of Goan linguist Sebastião Dalgado).

More recently, he has carried out research on Garcia de Orta, a sixteenth century botanist, physician and humanist living in Goa, India. He is currently interested in the relationship between magic, plants, and medicine in Orta’s work as well as in diverse Indian Ocean cultures (particularly those in Monsoon Asia). The place and role of certain plants in cults and healing practices, as well as in culinary, is also part of his current research interests.

Individual Researcher of Plants, Magic & Medicine in the Indian Ocean and the Work of Garcia de Orta