RUB » CERES » KHK » People
de
Dr. Mareile Haase is no longer a member of KHK. The information given on this page may therefore be outdated. 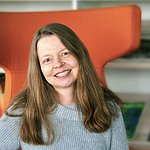 Mareile Haase studied Classical Archeology, Etruscology, Egyptology, and Latin Philology in Würzburg, Rome and Tübingen (M.A. 1994), where she also earned her Ph.D. in Classical Archeology in 2000 with a dissertation on the representation of religious ritual in Etruscan imagery. From 1999 to 2006 she was a Research Associate (Wissenschaftliche Mitarbeiterin) in the Department of Religious Studies at the University of Erfurt. In 2006 she joined the Department of Historical Studies at the University of Toronto, Canada, as a CLTA Assistant Professor of Classics, a position she held for several years. She has received various research grants, including a research fellowship awarded by the DAAD and the Maison des Sciences de l'Homme for the Collège de France, Paris, in 2003. Since 2007 she has been co-editor of the 'Forschungsbericht Römische Religion' in the journal ‚Archiv für Religionsgeschichte‘.

Mareile Haase’s research focuses on the Etruscans, with a particular interest in Etruscan religion. She also works on Graeco-Roman Egypt and the Egyptian gods in the Graeco-Roman Mediterranean, and on the history of Classical scholarship in the 19th and 20th centuries. She has published widely on these topics.

Duration: October 2014 to September 2015
Project: Osiris in the Religious Field of the Later Roman Empire