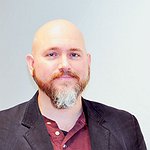 Walter’s research interests within Islamic Studies focus on Dialectical Disputation, Legal Theory, Logic, Post-Classical Islamic Philosophy, and Codicology and Manuscript Traditions. His monograph, The Dialectical Forge: Juridical Disputation and the Evolution of Islamic Law, is to be published with Springer in the series: Logic, Argumentation & Reasoning (LAR), in late 2016; and his critical edition and parallel translation of Quṭb al-Dīn al-Kīlānī’s commentary on Shams al-Dīn al-Samarqandī’s treatise on the Ādāb al-Baḥth (Protocol for Dialectical Inquiry) will soon be heading to production.

As a KHK Visiting Research Fellow he will advance his current project: “Argument to the Senses in Post-Avicennian Dialectical Theory,” with a view to publishing his findings as a series of articles.