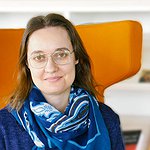 In 2015, Linda Zampol D’Ortia participated actively in the ERiC Summer School Eurasian Religions in Contact, held at the Käte Hamburger Kolleg Dynamics in the History of Religions of the Center for Religious Studies of Ruhr-Universität Bochum. The participation in this summer school let her glimpse aspects of the approach to religious encounters that has been developed in the context of the KHK, and to appreciate how her own research could benefit from their application. Also in 2015, she worked in the project “Interactions Between Rivals: The Christian Mission and Buddhist Sects in Japan during the Portuguese Presence” as research assistant at the CHAM, New University of Lisbon. Her work within this project has allowed her to bring her research on Jesuit specificities into the context of the missionaries’ encounters with Buddhism.

Her dissertation Jesuit Mission Under Francisco Cabral (1570-1579) sheds new light on the missionary policies implemented by the Portuguese Jesuit Francisco Cabral (1533-1609) during his time as superior of the Japanese mission (1570-79), by contextualising his actions and decisions within the framework of early-modern Catholicism and its extra-European missions. In this way, it refutes the image, produced by previous literature, of Cabral as the villain in the story of the Japanese mission, and as a deviation from the norm of the missionary spirit of the Society of Jesus. The research on the negotiating of Jesuit identity in Japan in the early modern period has indeed kindled her interest on the various aspects of the activity of these Catholic missionaries in Asia.