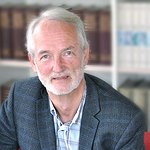 His research centres on the recovery and reconstruction of Indian Buddhist literature on the basis of Indic manuscripts as well as translations into Chinese and Tibetan with a focus on canonical texts and works of poetry. His various authored and coedited works include an edition of the Varṇārhavarṇastotra of Mātṛceṭa (1987), a study of the Dīrghāgama of the Sarvāstivādins (1992), the series Buddhist Manuscripts devoted to the publication of ancient Indic manuscripts from Afghanistan (2000, 2002, 2006, 2016), and From Birch Bark to Digital Data: Recent Advances in Buddhist Manuscript Research (2014).