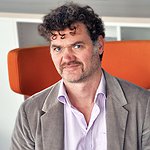 Jesper Frøkjær Sørensen was rewarded his PhD in 2001 with the dissertation “Essence, Schema and Ritual Action: Towards a Cognitive Theory of Magic”, later published as A Cognitive Theory of Magic (AltaMira Press 2007). Since then he has published books and numerous articles and book-chapters on magic, ritual, research history and theoretical issues pertaining to the application of cognitive theories and methods in the study of religion. Since 2009, Jesper Frøkjær Sørensen has served a position as Associate Professor in Comparative Religion at Department of the Study of Religion, first as head of the Religion, Cognition and Culture research unit (RCC) and the last two years as head of the department’s research program.

His current project concerns the ontology of cultural and social systems, such as religious traditions and institutions. The project, with the provisory title “Religion as a culturo-immunological system” attempts to synthesize recent advances in theoretical biology on what constitutes an organism, with state of the art models from cognitive neuroscience on ‘predictive processing’ in order to reach a new understanding of the emergence, maintenance, stability and functional characteristics of cultural systems.