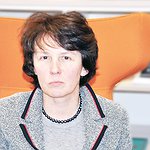 Irina Katkova graduated from the Oriental Faculty of St Petersburg State University in 1991 with the primary field of oriental history. From 2001 to 2014, Irina Katkova was a researcher at the Institute of Oriental Manuscripts of the Russian Academy of Sciences in St Petersburg. There she did in-depth research on Malay manuscripts focussing on religious aspects of Islam and Sufism in Indonesia and Islamic written heritage from the collection of Sufi brotherhoods of Western Sumatra. This research included field trips to Western Sumatra and Western Java. Besides that, she has been a lecturer for Indonesian, the history of Indonesia and Sufi literature at St Petersburg State University since 2000.

From 2008 to 2014 Irina Katkova worked intensively with the Endangered Archives Programme of the British Library. She first took part in the pilot project “Endangered Manuscripts of Western Sumatra. Collection of Sufi brotherhoods” (2008-2009) and later led the major project “Endangered Manuscripts of Western Sumatra and Jambi Collection of Sufi brotherhoods” (2010-2014). Currently, she is writing a monograph on the data of these two projects and collected manuscripts.