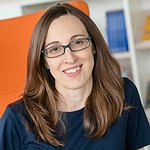 Institute for Research in Humanities at Kyoto University

She has been a research associate of the National Research Network sponsored by the Austrian Science Fund “The Cultural History of the Western Himalaya from the 8th Century” (CHWH), from 2007-2013 at the University of Vienna, where she also taught Chinese Art and Archaeology within the Department of Sinology. She has been a permanent member of the joint Italian-Chinese Archaeological Excavation Project on the Buddhist site of the Fengxiansi Monastery in Longmen (Luoyang, China) from 1997 to 2005, and received a post-doctoral fellowship at the University of Kyoto (Japan) in the years 2004-2006.

Her research focuses on the issues of cultural flow and the dynamics of Buddhist visual communication across Asia during the 1st millennium CE. Her research methodology combines the study of archaeological and artistic evidence with that of Chinese secular and religious (Buddhist) textual sources.

In the last years she has been exploring the cultural interconnection between the oases of the Tarim basin in Xinjiang, particularly Khotan, and adjacent regions ­–­­ the Himalayas, China, and the Indian subcontinent.  Her latest publications on this theme include the articles: “Khotan in the last quarter of the 1st millennium: is there artistic evidence of the interrelations between Khotan and Tibet? A preliminary survey” and “A journey ‘to the land on the other side.’ Buddhist pilgrimage and travelling objects from the oasis of Khotan” (forthcoming 2014).

She is the editor of the on-line bibliography database “Cultural History of the Western Himalaya and Adjacent Areas” and is currently co-editing the volume Crossing Borders: Tibet in dialogue with its Neighbors.

During her fellowship with us, Erika will work on a project entitled “Legendary accounts and Buddhist monasteries. An archeological and art-historical reassessment of ancient religious establishments in the Khotan oasis”.

Buddhist art and archaeology in Eastern Central Asia and in China